OUR HIGHLY ACCOMPLISHED TEAM IS READY TO FIGHT FOR YOU
Over 200 Years of Combined Experience | Former County & Municipal Prosecutors | Thousands of Cases Successfully Handled Throughout Mercer County | Offices in Trenton, Hamilton & Lawrence to Serve You
Contact Us for a Free Consultation
Home
Resources
Articles
Don DeZarn Asked to Stop Medical Marijuana Consumption or Lose his Job 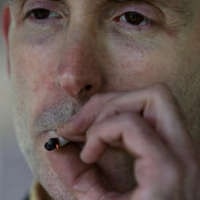 Don DeZarn, a senior operations manager in the Princeton University dining department, who also happens to be a former Libertarian candidate, has been given an ultimatum to either stop his participation in New Jersey’s medical marijuana program or lose his job. Soon after, DeZarn was seen staging a one man protest on the campus and is scheduled to meet with the university’s human resource employees next week. Interestingly, DeZarn has been arrested twice for promoting the legalization of marijuana. It’s also important to mention that DeZarn is also running as the Legalize Marijuana Party’s candidate in the 12th Congressional District this year.

The Right to Pursue Healthcare

Don DeZarn, who is an East Windsor resident, says he smokes medicinal marijuana to alleviate spasms associated with inflammatory bowel disease. He also utilizes the stress relieving properties of the substance to treat his post-traumatic stress disorder, which he got because of his service in the U.S. Army and Navy. DeZarn was prescribed a particular strain of marijuana which is known for low THC content and consequently lower psychoactive properties.

There have been no previous complaints about DeZarn’s marijuana use in the 18 years he has worked at the university. Recently, DeZarn had informed the university’s public safety directors that he may need to use marijuana on campus in case of “emergency situations”. He suggests that he did this in order to avoid a potential embarrassing moment of getting caught. His request was denied by a public safety official at the campus suggesting that if allowed, he may pose a threat to guests and university students.

The Issue at Hand

Mike Caddell, a university spokesman denied comment on the situation, discarding it as a personal matter. Perhaps an important factor to consider is that the law doesn’t require employers to allow their employees to smoke marijuana on premises. In fact, the law supports an employer’s right to maintain a drug free work environment.

There is no doubt that such broad discretionary rules help institutions maintain efficiency and order, but the confounding issue here seems to be whether the employer’s right in question can be challenged by an employee’s medical right.