OUR HIGHLY ACCOMPLISHED TEAM IS READY TO FIGHT FOR YOU
Over 200 Years of Combined Experience | Former County & Municipal Prosecutors | Thousands of Cases Successfully Handled Throughout Mercer County | Offices in Trenton, Hamilton & Lawrence to Serve You
Contact Us for a Free Consultation
Home
Resources
Articles
Heroin and Cocaine Ring Ended in Trenton and Ewing

Heroin and Cocaine Ring Ended in Trenton and Ewing 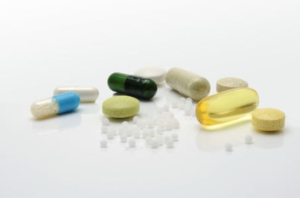 Following a two-month investigation, the Mercer County Prosecutor’s Office announced on Tuesday, February 13, 2018, that four people were arrested for operating a

possession with intent to distribute cocaine

The investigation, which began in December 2017, involved hours of surveillance in the area where the suspects operated, and many undercover purchases of cocaine. Investigators learned that an apartment in Trenton was being used as a “stash location” for the drug operation.

Once the police decided to raid and make arrests at the Trenton stash location, they found 10 grams of crack cocaine, 35 grams of powder cocaine, 30 bricks of heroin and $1,547 in cash. Overall, the police determined that the amount of drugs found at the location had a street value of approximately $12,000.

At the time of raid, the investigators observed Pullen break a window and throw a 9-millimeter handgun onto the apartment building roof. Two additional handguns were discovered in the stash location. Weapons are often present in the midst of a drug distribution operation. This case was no different.

There are actually several statutes that are typically used to charge drug distribution crimes. The choice of which charges to bring is based on the factual circumstances. The general statute used to prosecute drug distribution offenses can be found at New Jersey statute N.J.S.A. 2C:35-5. That statute makes it is illegal to purposefully “manufacture, distribute, or dispense” a controlled dangerous substance (CDS), or to “possess . . . with the intent to manufacture, distribute, or dispense,” a CDS or counterfeit CDS.

With regard to the penalties associated with drug distribution under N.J.S.A. 2C:35-5, the degree of offense depends on the amount and type of CDS in your case. To give a few examples:

In the case of the Trenton/Ewing drug bust that happened this past week, the amount of drugs found at the stash location put them in the second-degree category.

In addition to the penalties above, the suspects in the Trenton/Ewing case may also face enhanced penalties if:

Pullen, the person who threw the handgun on to the apartment roof, will certainly need to deal with an enhanced sentence if convicted, given that he was in possession of a gun at the time the police apprehended him.

Mercer County Drug Attorneys That Can Help You Win Your Case

The Law Offices of Jonathan F. Marshall specialize in representing clients who are facing drug distribution charges. With over 100 years of collective experience under their belts, the attorneys at the Marshall Firm have the skill, knowledge, and passion to aggressively represent you in court. Having handled so many drug matters, the Marshall Firm attorneys are experts in assessing the facts of your case, providing legal options and a recommended strategy, fighting all charges based on possible constitutional grounds, and taking your case to trial if necessary. We offer a free initial consultation. Call us today at (609) 683-8102. Speak with one of our attorneys today, and get the legal help you need.