OUR HIGHLY ACCOMPLISHED TEAM IS READY TO FIGHT FOR YOU
Over 200 Years of Combined Experience | Former County & Municipal Prosecutors | Thousands of Cases Successfully Handled Throughout Mercer County | Offices in Trenton, Hamilton & Lawrence to Serve You
Contact Us for a Free Consultation
Home
Resources
Articles
Mercer County Drug Distribution Charges for Herion Filed Against Philadelphia Man

We now have a little more information about how certain drugs make their way into the Garden State. Last week, Mercer County Narcotics Task Force officers, working in conjunction with the Pennsylvania Bureau of Narcotics Investigation and Drug Control put an end to one pipeline of heroin and other drugs from Philadelphia into the Trenton area. 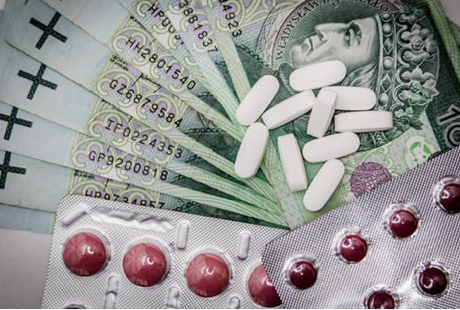 About two weeks ago, law enforcement officers observed Cristian Baez-Belliard, 25, leaving his North Philadelphia home with a large item underneath his jacket. He proceeded to drive to Ewing, NJ where he met with Daquan Baylor, 26. The officers then observed the men exchange what was suspected to be drugs.

Immediately following the transfer, Baylor and Baez-Belliard were detained, and warrants were obtained to search their vehicles. The search uncovered 150 bricks of heroin in Baylor’s car, and $21,000 in cash in Baez-Belliard’s car.

Officers then obtained a warrant to search Baylor’s Ewing home, where they seized $2,800 in cash and a handful of Percocet pills. The Pennsylvania authorities obtained a warrant for Baez-Belliard’s home, where they seized 819 grams and about 15 bricks of heroin, 12 grams of fentanyl, and drug paraphernalia. Three other individuals in Baez-Belliard’s home were also arrested and charged with various drug-related offenses.

Both Baylor and Baez-Belliard each face drug possession and drug distribution charges. It was estimated that the total value of the seized heroin is approximately $196,800, the prescription pills are approximately $210, and the fentanyl is approximately $720. The officers also seized almost $24,000 in cash. It was believed that this particular trafficking scheme was in operation for at least six months.

What You Need To Know If You Are Charged With Distributing, Selling or Possession with Intent to Distribute Drugs in Mercer County NJ

The statute’s use of the term “controlled dangerous substance,” or CDS, includes drugs such as:

In addition, there are two other statutes that commonly come into play in a CDS Distribution case:

CDS Distribution Penalties. The seriousness of the crime, and thus the possible criminal penalty for a distribution offense, depends on the kind and amount of CDS involved. Using cocaine and heroin as examples:

In addition to having an offense be in a school zone or close to public property as discussed above, the court will also impose increased penalties if (i) you were in possession of a gun during the offense – such as the young Spotswood residents in the case above; (ii) someone dies as a result of the CDS distributed to them; or (iii) CDS is distributed to a pregnant woman or a minor.

Drug distribution convictions carry the most serious drug-related penalties in New Jersey. If you have been charged with drug distribution, you need experienced, highly skilled trial lawyers like the lawyers at The Law Offices of Jonathan F. Marshall on your side. Schedule a free consultation today. Call (609) 683-8102.