OUR HIGHLY ACCOMPLISHED TEAM IS READY TO FIGHT FOR YOU
Over 200 Years of Combined Experience | Former County & Municipal Prosecutors | Thousands of Cases Successfully Handled Throughout Mercer County | Offices in Trenton, Hamilton & Lawrence to Serve You
Contact Us for a Free Consultation
Home
Resources
Articles
Paul Sigmund Arrested for Heroin in Princeton 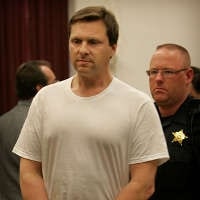 Paul Sigmund, aged 49 was arrested on different charges following a hit-and-run accident. Sigmund used to be a Mercer County freeholder and he was also worked with Tony Mack, former Trenton mayor as chief of staff.

The police officers reported that Sigmund was caught escaping after hitting a pole in the parking lot in Park Place. He was taken into custody a little after 11 am for driving under the influence and for heroin and drug paraphernalia which included hypodermic syringes. The police reports suggest that he escaped the crash uninjured.
Sigmund was originally elected as a freeholder back in 1996, he however; gave up the post before finishing his term and went to California to take up another job. He was later hired by the mayor in March in the year 2011 for the position of Chief Of Staff for Trenton. The same year in April, he was caught driving an SUV which was city-issued, without a legal license and for over-speeding.

According to police reports, Sigmund was found with substantial amounts of heroin (10 bags), and was also held guilty with two incidences of assault on police officers after he struggled with the officers who tried to contain him. He paid $25,000 for bail and was released. After three days, he resigned and got admitted to a drug rehabilitation program.
This may not be commonly known, but Paul Sigmund happens to have two members of Congress as grandparents. Plus his mother is Barbara Boggs Sigmund, the mayor of Princeton Borough,. He also received summons in the year 2011 in August, for crashing into a car in the Halo Farms parking lot in Lawrence. According to the police, Sigmund was wanted in connection with five traffic violations.

Recent charges against him include the possession of a controlled and dangerous substance, drug paraphernalia, under the influence of a controlled substance and a DWI charge. He was however released after he posted the Lawrence bail. Sigmund admitted that he was a drug addict and is currently getting sober.