OUR HIGHLY ACCOMPLISHED TEAM IS READY TO FIGHT FOR YOU
Over 200 Years of Combined Experience | Former County & Municipal Prosecutors | Thousands of Cases Successfully Handled Throughout Mercer County | Offices in Trenton, Hamilton & Lawrence to Serve You
Contact Us for a Free Consultation
Home
Resources
Articles
The Man behind Multiple Killings and Robberies Revealed

The Man behind Multiple Killings and Robberies Revealed 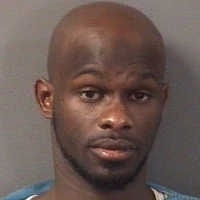 Homicides and thefts are intensifying on a global platform. Not a single country is spared from this terror. One such city in the state of New Jersey, Trenton; that witnessed the arrest of Randy Washington; who is accused of two murders and five robberies in a duration of just four months. When caught, he was in a chaotic state and trembling out of fury. He was taken into custody on October 29th. Mercy County Assistant Prosecutor, Stacey Guerds, informed that authorities are perplexed whether Randy is involved in further offenses prior to the killings and robberies that he is already linked to.

Randy shot down Silas Johnson, 64, while he was walking by the NJ Transit River Line train station. Washington reportedly accused Johnson for sexually molesting one of his family members. Guards confirmed that the two knew each other beforehand but no further details were unveiled.

The shell casings found at Johnson’s death scene verified Randy’s involvement in the killing of George Jamison, 43. Jamison was robbed by Washington while he was waiting at a bus stop. His death took place while he was being rushed to the hospital. According to assistant prosecutor, Al Garcia, this event was captured on city cameras.

Five more robberies were confirmed by eyewitness accounts and evidences on the following dates: July 13, July 23, October 16, and two on October 17. Randy allegedly injured a third victim during the aforementioned robberies. Randy did not attest to the acts that he was accused of, during his hearing, only affirming his full name. He stayed silent throughout the proceedings.

Washington’s combined bail for the two murders amounted to $2 million with an extra $100,000 for defying the arrest, criminal infringement and violating the government’s law, as per Judge Robert Billmeier’s order.