OUR HIGHLY ACCOMPLISHED TEAM IS READY TO FIGHT FOR YOU
Over 200 Years of Combined Experience | Former County & Municipal Prosecutors | Thousands of Cases Successfully Handled Throughout Mercer County | Offices in Trenton, Hamilton & Lawrence to Serve You
Contact Us for a Free Consultation
Home
Resources
Articles
A Terrifying Four-Day Prostitution Ordeal Ends in a Plea to First-Degree Human Trafficking in Trenton

It is a hidden crime. Secrecy is one of its core characteristics. It is difficult to discover or investigate because the conspirators, of course, want to keep the scheme secret, and the victims are unable and frequently unwilling to speak out. The crime is human trafficking. It is an issue that has come to our national consciousness over the last decade, and law enforcement agencies in New Jersey, as elsewhere, are still struggling to combat it. 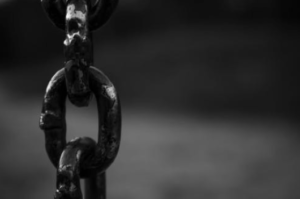 Just this week, however, a human trafficking scheme was brought to justice, with a defendant pleading guilty to the most serious human trafficking charge – first-degree human trafficking. Breion Turner, a 28-year-old Trenton resident, admitted before a Mercer County Superior Court Criminal Judge to holding a 17-year-old girl against her will, and forcing her to engage in prostitution for his benefit.

During a four-day ordeal in October 2016, the 17-year-old victim was forced to prostitute herself for Turner’s “clients.” Turner, of course, profited from the criminal scheme. Over the four-days, the teenage victim was threatened and not allowed to leave. She finally left the house where she was being held, and was confronted by her mother. Sadly, the victim’s mother had seen a sex video of her daughter online.

The case was investigated by the Human Trafficking Unit of the Mercer County Prosecutor’s Office. In exchange for Turner’s plea at the Mercer County Courthouse in Trenton, the Prosecutor’s Office has agreed to recommend a sentence of eight years in prison, 42 months of which he must serve before parole. He will also be required to pay $25,000 to New Jersey’s Human Trafficking Survivors Assistance Fund.

A person commits first-degree human trafficking under N.J.S.A. 2C:13-8 if he:

The statutory language above appears to cover precisely what defendant Turner did in the case described above. Specifically, Turner “knowingly held” the victim, who was under 18 years old, at his house “to engage in sexual activity” by using threats, and he received money from his criminal scheme.

The statute also provides that a conviction for first degree human trafficking (particularly when a victim under the age of 18 is involved) should result in at least 20 years in prison with no chance for parole. It appears that the State agreed to recommend a prison sentence less than the statutory 20-year minimum to induce Turner to plead guilty, rather than have to make the State try the case in court.

There is little question that Turner, facing first degree human trafficking charges, needed an experienced criminal defense lawyer to help defend him against the charges. The accomplished lawyers at the Law Offices of Jonathan F. Marshall have that kind of depth of experience to handle serious charges like first-degree human trafficking. If you are facing extremely serious criminal charges, you are encouraged to contact our firm, which has defended the most complex of sex charges in Trenton and elsewhere in New Jersey over the last several decades. We have the background, knowledge, and skill to get you the best outcome when facing the most serious criminal charges. Call us at (609) 683-8102 to speak to one of our attorneys 24/7.